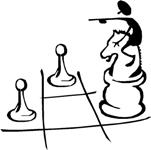 This is the last post here at workathomelife.wordpress.com. I have been working in my (very scarce) spare time to get us moved to darkbluesun.com.

Where are we going?
We are moving to a new (and still being improved) location:

Why are we going?
Even though darkbluesun.com isn’t the most obvious address for us to move to. 🙂 The girls were so gracious as to agree to start blogging there (at my old personal blog) so that I may work more with my self-hosted site (on a regular basis) and not be bound by the limits of a wordpress.com blog.

Are we still going to continue writing about our work at home life?
Absolutely. In fact, now we will be able to incorporate even more interaction with you as we integrate Facebook and you’ll be able to connect to us on Facebook directly from there. Or at least we get to work more with the recommendations plug-ins and such.

What about all of the content that is already here? Will we still be able to get to it?
Yes.

Isn’t it tacky to just duplicate the content have it in both places online?
Yes. So this is what we are going to do. While we are going to leave the posts up at this location, many will be changed to a type of excerpt with a link to the full article at darkbluesun.com. We are doing this for the purpose of making sure that when people pull up a search result that has already been indexed, they won’t just get a message saying that this content doesn’t exist anymore.

We will leave this blog up and then when all of the darkbluesun.com’s links are indexed properly, we will have the option to delete this blog.

For those of you in the SEO business, this will make more sense. For everyone else just know that this process does take a long time when it is done correctly.

Wow, 2010 was a great year wasn’t it? In fact, it seems odd already talking about it in the past tense! Well, we three virtual assistants decided in December of 2009 that we would try writing together for a year. And so, we did! We plan on continuing our venture too, I’ll give you more details next week. For now though, I want to share this message we received from the people at WordPress.com letting us know how we did. And this is what it said…

The stats helper monkeys at WordPress.com mulled over how this blog did in 2010, and here’s a high level summary of its overall blog health: 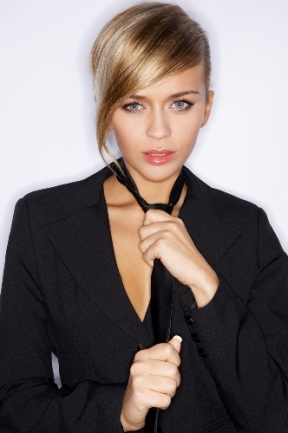 The busiest day of the year was September 27th with 410 views. The most popular post that day was Virtual Business: Take It Like a Man.

Where did they come from?

The top referring sites in 2010 were stumbleupon.com, facebook.com, twitter.com, linkedin.com, and hootsuite.com.

These are each of our posts that got the most hits in 2010.

Virtual Business: Take It Like a Man by Amber in September 2010
8 comments

Will Work For Free? Seriously…Is It Written Across My Forehead? by Kena in July 2010
9 comments

The Best of Intentions by Jen in May 2010
5 comments

And there you have it. 🙂 See you next week! 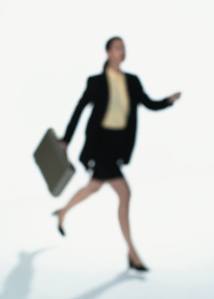 What a crazy year! Right?

It feels sort of surreal for me to have this year behind me.

With graduation and having both kids in school I have been fortunate to have a LOT of changes that lead me to have more time to manage for work and home life!

As with any change it has taken so much energy and dedication to make the right adjustments to get the benefits of that change.

2011 is the year that I will see even more of those benefits!

We have decided to go ahead and move our blog to my self-hosted WordPress site so that we will no longer be limited by the wordpress.com blog rules. 🙂

I posted a how-to on importing and exporting WordPress blogs from one location to another.

The web new address is: www.darkbluesun.com

Filed under: Learning By Example,Uncategorized,Work at Home — kena-virtuallyassistingyou @ 3:32 pm
Tags: 31 Days of Wishes

I absolutely LOVE this time of year.  The kids are excited about the holiday season.  Wondering what gifts Santa is going to bring them.  At my house it really is like magic is in the air.  My family seems to be quite a bit nicer to each other [well, so to speak, the boys only hold each other in choke holds for a couple of seconds ;)] not sure if it’s because they think Santa might be watching or it’s just Christmas cheer.  But, whatever it is – I like it!

One of my wishes is for everyone to be happy with what you have.  There’s nothing wrong with wanting things or wanting more out of life.  For once, just step back and be happy and thankful for what you have now, in this moment.  Without what you have now, your wants and wishes would be nothing.  Take time to appreciate the small things in life.  Remember someone, somewhere, would love to be in your shoes and would be grateful for what you have right now.  This is something I have to remind myself of as well.  We get all caught up in the busy-ness of life and want, want, want.  I have a daily reminder set to be thankful and happy for what I’ve got.

Remember as the holiday season approaches to take the time to tell someone how much you appreciate them or what a difference they make in your life.  Not only will this make that person happy, but it will put a genuine smile on your face, too!

A wonderful friend brought this interesting blog to our attention31 Days of Wishes.  What a thought-provoking way to engage readers!  In a time like this where the economy is still tanked and people are STILL out of work, it’s refreshing to see others participating in positive, “wishful” things.

Halloween and Thanksgiving are over and one major holiday (dare I say it-Christmas) is fast approaching.  There is sure be trying times ahead with last-minute gifts to be found and family and friends all gathered under one small (or what seems to be small) roof.  Don’t fret!  It will all be over before you know it.

But, with all the hoop la still left to go through, we here at Work at Home Life thought it would be fun and inspiring to participate in “31 Days of Wishes;” if for no other reason than to show others compassion, understanding, humor and a few other pretty little adjectives.  🙂  Each week we will come up with new wishes and we encourage you to share your wishes with us!

My first wish is for prosperity.  Prosperity in love, life and business.

I purposely left out the word ‘money’ to indicate that there is more than one way to become prosperous.  Although we all know it would be great to prosper financially, my wish for prosperity is directed towards those other areas.  I believe that when we feel overwhelmed with the duties and stressors of everyday life, we tend to forget about those other meaningful ways we can prosper.  It is in those other areas of prosperity that we truly need to revisit.

These are just a sampling of ways we can work on becoming more prosperous.  What ways can you think of? Let us know!

The last shreds of fall hold on like the stubborn leaves on an oak tree. You rake, and rake, but when you look up you realize they are still hanging there waiting for their OWN time to drop.

This year, Thanksgiving seems like one of those leaves. We have to wait for it to come before we can spring open the gates of the Christmas season. Around here, our neighbors seem more eager than ever to get on with the season of giving. So many lights are already up, days before the turkey is served, and the sales started weeks ago.

This eagerness points to the reason Thanksgiving is so perfectly placed. It might just seem like the road bump holiday that gets shoved out of the way in a mad rush to the Christmas season, but maybe instead, we should think of it as a starting point for all we celebrate at the end of the year.

After all, how can we give, if we do not first know what we are thankful for? 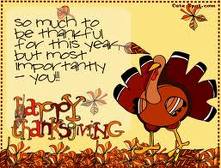 there are many blessings that bring us thanks. Family: who love and support us in what sometimes seems like a wild adventure. Children: who are the reason for the work we do. Friends: old ones who can be with us daily to bring joy and new ones that are physically miles away but always close in our hearts. Clients: whose enthusiasm is contagious, and whose success is part of our reward.

We are thankful too, that the Internet is bringing us together in new ways. Social media is something to celebrate. It is an opportunity. And the chance to pass its power on to others is a great blessing.

Thank you for your business.

Thank you for your friendship.

And as your thanks turns into giving this season, we wish you much happiness with those you love.